A lawsuit is accusing Poland Spring of selling “ordinary groundwater” 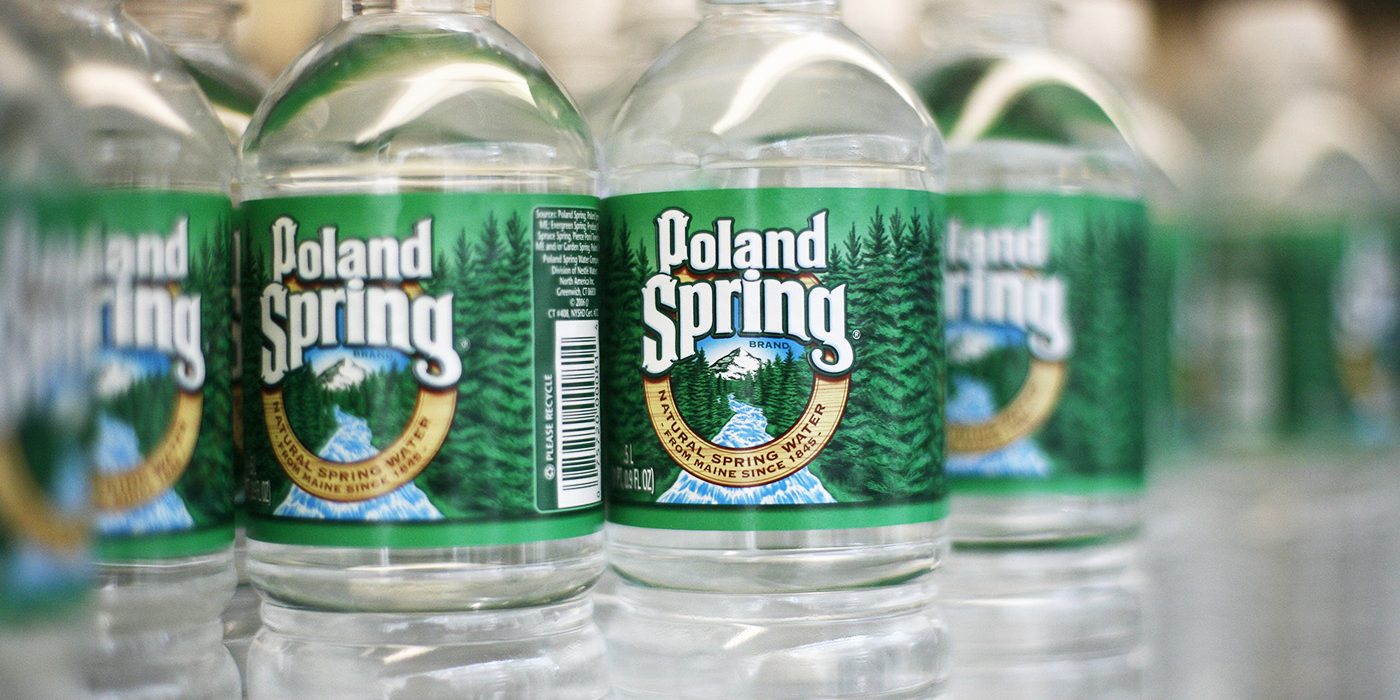 Just how much of the water in a Poland Spring bottle actually comes from a natural spring? According to a recent lawsuit against the company, “not one drop.”

Two years ago, a class-action lawsuit filed against Nestlé Waters, which owns Poland Spring, claimed that the company was deceiving customers by selling them “ordinary groundwater” that Poland Spring “collects from wells it drilled,” and marketing it as “100% natural spring water.” The suit called Poland Spring’s water “a colossal fraud perpetrated against American consumers.”

Nestlé tried to get the case dismissed, but on March 28, a US district judge in Connecticut ruled that plaintiffs from eight states, including Massachusetts, New York, and Pennsylvania, can pursue their lawsuit against the company. These consumers say they are seeking damages because Nestlé “intentionally concealed that its Poland Spring Water does not comply with the standard of identity for spring water under state law,” per the New York Times.

In a statement to Vox, a Nestlé Waters spokesperson called the lawsuit “meritless” and said the company would continue to fight it.

This is not the first time Nestlé has been accused of false advertising. In 2003, according to the Washington Post, it paid $10 million to charity after it was hit with a similar class-action lawsuit regarding Poland Spring and false advertising. This suit, however, illustrates how some water companies are able to potentially fudge the definition of “spring water,” and highlights how murky the industry can be.

The lawsuit’s claims against Poland Spring

According to the International Bottled Water Association, the US spends about $18 billion on bottled water every year. Consumers worldwide drink more than $200 billion worth of bottled water annually, and the US is the second-largest consumer of bottled water, just behind China. In this lucrative industry, there are giant companies like Pepsi-owned Aquafina, Coke-owned Dasani, and Danone-owned Evian.

Nestlé-owned Poland Spring is right up there, too. Per the lawsuit, the brand sells about 1 billion gallons of water to 13 million Americans every year.

Nestlé bought the Poland Spring company back in 1992. Currently on its website, Poland Spring identifies eight bodies of water as “our springs.” It notes that “although we no longer use the original Poland Spring source, it continues to flow into the historic spring house, which is open to visitors at the Poland Spring Museum as a reminder of how our bottled spring water company got its start.”

“There is no photographic proof that even one such spring — much less eight — exists on or near Defendant’s sites in Maine,” the suit says. “Nor is there any historical evidence for six of Defendant’s alleged springs, and two are former springs that no longer exist. … By faking the existence of springs, Defendant is defrauding its consumers.”

Instead, the lawsuit says the company collects water from areas in Maine like Hollis and Fryeburg, which it claims are near a “former human waste dump, refuse pit, landfill, ash pile, salt mound, farm where pesticides were previously used, fish hatchery or toxic petroleum dump site.”

It argues that even though consumers aren’t drinking contaminated water, since Nestlé disinfects its water, Poland Spring perpetuates a deceptive image, especially on its packaging.

“The labels depict pristine scenes of water flowing down a verdant hillside or a forest pond to convey an image of natural purity when, in fact, the vast bulk of the water is drawn from wells in low-lying populated areas near potential sources of contamination,” the suit says. “If consumers knew … they would not buy, or would not pay premium prices for, Poland Spring Water products.”

According to the Food and Drug Administration, water can be classified as “spring water” when it comes from an underground source and flows naturally on the earth’s surface. Spring water doesn’t have to be collected and bottled on location, though; it can be pumped, or siphoned through underground holes.

In a statement to Vox, a Nestlé Waters spokesperson said that after the initial lawsuit was filed against Poland Spring, the company hired the law firm DLA Piper to do an independent investigation of its water. It found that the company’s water sources “meet all FDA regulations defining spring water.”

As one scientist told the Washington Post last year, “Most of Nestlé’s waters are pumped from the ground, but the bigger issue that the regulatory definition of what really counts as spring water is really weak. No one is really looking over the shoulders of the bottled water companies.”

This touches on a larger issue within the multibillion-dollar beverage industry: Bottled water isn’t always what it claims to be.

With the rise of wellness- and health-conscious consumers, the bottled water industry has seen an annual 8 percent increase over the past few years. In 2016, Americans drank more water than soda, according to research from Beverage Marketing Corp. — a response to concerns over the health risks of sugary drinks.

But even with all the fancy packaging, bottled water isn’t necessarily any better than tap water. According to the Natural Resources Defense Council, tap water is regulated by the Environmental Protection Agency and the FDA is responsible for monitoring its labeling, while states have to regulate their bottled water companies — and one in five do not.

The federal government has had to monitor and protect the quality of American’s drinking water since 1974, testing and treating for at least 90 contaminants in public water. (The EPA has, however, notoriously failed places like Flint, Michigan. Nestlé has made headlines for donating bottled water to the residents of Flint, but it’s also faced criticism for having a bottling facility two hours away, where it paid just $200 annually for access.)

While not everyone in the US has access to clean and safe drinking water, experts say that generally, tap water is just as good as bottled water, if not better.

”It is wrong to assume that bottled water is somehow cleaner, healthier, or safer than tap water in the US,” one environmental scientist told Business Insider in 2017. “The worst is the false claims made by some ‘specialty’ bottled waters that claim magical benefits from adding oxygen, or magically rearranging crystals, or various other water voodoo.”

In other words, beverage companies are at times bottling tap water while simultaneously pouring money into marketing to send the message that bottled water is superior to the average tap water source. Some companies even target immigrants and low-income communities in their marketing. In 2007, Pepsi and Nestlé agreed to change their labels to reflect that their water “originates from a public water source” after a nonprofit accused the companies of painting a false and negative picture about regular water.

The nonprofit Food & Water Watch reports that it can cost up to $8.26 per gallon to bottle water, as opposed to pennies paid for tap water. Experts have compared buying bottled water to “pouring money down the drain,” and one Consumer Reports piece found that a shopper who spent $346 a year on bottled water could have spent 48 cents on tap instead.

These monetary costs don’t come close to the dire environmental impact plastic bottles have on the planet. Food & Water Watch reports that in 2016, 4 billion pounds of plastic was used for bottled water in the US — bottles that have no place to go now that China isn’t accepting the rest of the world’s plastic anymore.

Once the Nestlé lawsuit moves forward in court, the company very well might be able to make the case that its water is, indeed, natural spring water. But the case might also make consumers think twice about how they’re choosing to spend their money.