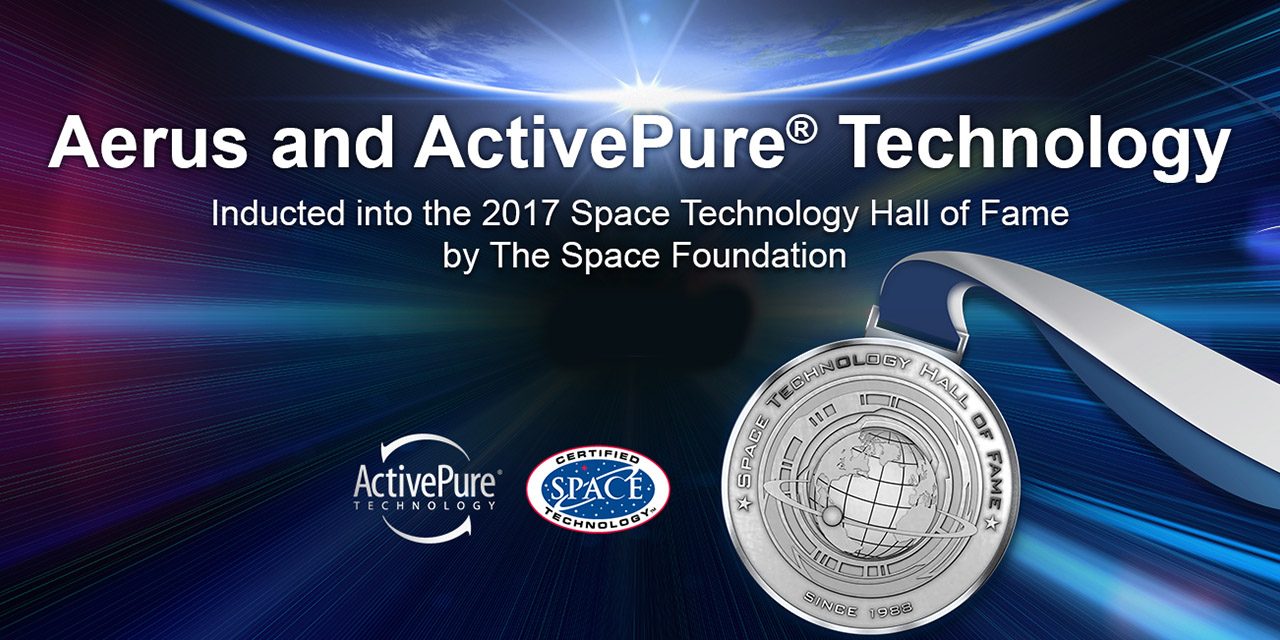 Thousands of space professionals and space leaders from more than 40 countries participated as speakers, panelists, attendees and exhibitors in the largest Space Symposium to date. Vice President Mike Pence was a keynote speaker in a special presentation preceding the Symposium’s opening ceremony and Commerce Secretary Wilbur Ross was also a featured speaker this year.

In 2017, Aerus saw its proprietary ActivePure Technology inducted into the Space Technology Hall of Fame, a Space Foundation program aiming to increase public awareness of the benefits of space exploration and encouraging further innovation of NASA-adapted technologies. Aerus joined a select group of fewer than 80 other innovative companies around the globe who have been honored by the Space Foundation for successfully transforming technology originally developed for space exploration into products that help improve the quality of life here on Earth.

This year, Urso and Hickey hosted several senior NASA executives at the Space Technology Hall of Fame Dinner and at a luncheon event. In addition, Urso and Hickey had their photos taken and attached to a payload that will be delivered to the International Space Station, where the photos will permanently reside.

“We were honored to attend and host the Space Technology Hall of Fame Dinner this year and join friends, colleagues, aerospace, military and government leaders, industry entrepreneurs, like SpaceX and others to discuss the future of space and technology,” said Aerus CEO Joe Urso, “we are very proud of our ActivePure Technology and we see every day the positive impact space technology has on people’s health and lives.”

“From state-of-the-art floor care systems to air and water purification systems and beyond, Aerus has created clean, safe and healthy indoor environments for over 50 million businesses and homes worldwide,” said Aerus President Kevin Hickey, “those who suffer from asthma or allergies, new parents or caregivers, pet lovers or anyone devoted to living a healthier life can benefit from the cleansing and purifying components of ActivePure Technology.”

Since 1924, Aerus LLC (formerly Electrolux USA) has been the Healthy Home leader committed to providing cutting-edge technologies and unparalleled service to create the healthiest homes and living environments in North America and in 70 countries around the world. The Aerus family of companies includes Aerus, Beyond by Aerus, Vollara, ActivTek, and AirScrubber Plus. They are the exclusive worldwide owners of ActivePure Technology, the most powerful air and surface purification technology ever discovered, and the only one in its class recognized by the Space Foundation as Certified Space Technology. ActivePure Technology has been engineered by Aerus based on technology originally developed by NASA.